Updated at 8:40 a.m. to indicate that the child has died. 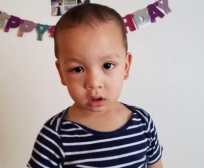 A 2-year-old boy reported missing in Denton was found dead in a vehicle Wednesday morning.

Denton police made the announcement during a news conference shortly after Sarbesh Gurung’s body was found.

Read more from the Dallas News…

This entry was posted in Child Safety, Community Losses. Bookmark the permalink.