Dallas Area Attorney Takes the Stigma Out of Bankruptcy

With so many individuals, families and businesses feeling the crunch of the COVID pandemic, many are looking at bankruptcy as an option just to stay afloat in this economy. “Bankruptcy” has become a word that can cause shame and embarrassment in today’s society, but it can actually be a palpable, and even a favorable, option. 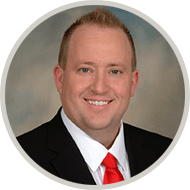 Dallas resident and attorney Reed Allmand is Board-Certified in Consumer Bankruptcy and has been in this field for the last 20 years. This unique time in history has society confused, unemployed and, most likely, broke. Filing for bankruptcy is just one of several ways of dealing with overwhelming debt.

“We see people all over the Metroplex. We mainly work with individuals who are going to be filing for bankruptcy, but we also help small businesses as well,” Allmand said.

“For Chapter 11s, we are able to recognize when bankruptcy is appropriate and I have referral networks where I send those 11s because they’re a different animal, as far as a business model to service them. One big Chapter 11 can keep a law firm busy for months, said Allmand.

“About a year ago, we developed a portal on our website, so since [COVID] happened in March, we were able to have people just go to our website and log on through that portal, where we can videoconference with them, exchange documents securely and file bankruptcy schedules using electronic signatures. So, we’ve been able to file cases for people without them ever leaving their homes.

“Some other jurisdictions across the U.S. had the judges to sign this order, so I wrote a letter to our judges and said, ‘I met this lady with COVID who can’t leave her house. Her car is about to be repossessed, so we need her to ‘DocuSign’ her petition so we can get this going. A couple of days later, several other jurisdictions jumped on board, and so we were able to take care of this matter with no outside risk to the client,” Allmand explained.

According to Allmand, bankruptcy filings are slightly down overall, but bankruptcy consultations and bankruptcy questions are going up. “Sometimes, when you’re in the middle of an emergency, a lot of times people will do the bankruptcy to kind of clean up the aftermath. If they lost their job and they are on unemployment, those extra benefits kind of helped people to stay afloat. But all of that is coming to an end in July.

“July is going to be the perfect storm because you have the CARES Act Eviction Moratorium expiring on July 25 so they can give the 30-day notice. At the end of the month is when the extra $600 per month ends. Even the Dallas Moratorium has expired. You’d usually see 700 to 1,000 people in Dallas County up for eviction per week, but it’s been hardly anything these last couple of months. There’s a groundswell building up and when it’s released, it’s going to be big.

“Many people are already taking advantage of the Mortgage Forbearance Program. And then you have the CARES Act, which I think that around 75% of mortgages fall under. These programs are supposed to get with the borrower so they can set up a payment plan, which may or may not happen.

“From my experience, it just seems like people are shocked and ashamed. They don’t want to even talk about bankruptcy, so they do everything in their power to avoid it. They liquidate their retirement accounts. This is sad, because you have those funds there for your retirement, but if you had talked to me, I could file the bankruptcy case and the retirement accounts won’t be lost.

“The equity in your house is protected, so you go get a home equity loan and pay off credit cards. When they can’t pay back the loan, the bank takes their house. That’s what I am trying to get across to people,” Allmand warned.

“Most people call me when the repo man is looking for the car and it’s in foreclosure or they’re getting sued and somebody is garnishing their wages. However, in Texas, judgement creditors can’t garnish your wages. Only the IRS or the Attorney General can do that. But if we file a bankruptcy case, all of those entities have to stop all garnishment of wages. These actions acknowledge an individual’s power, and people need to get to get the information they need so they can make informed decisions.

“I’ve dealt with people in all kinds of situations. I’ve had a suicidal person come in. This gentleman was up for foreclosure and had gotten my letter in the mail. He came in and he was really quiet. I talked to him, going over what his options were and then put a plan together for him. He started crying and said, ‘I’m so glad I called you. I was sitting in my car thinking that I’m just going to kill myself.’

“What kind of pressure is that? It really brought home just how on the edge people are getting. Medical expenses are the number one reason for filing, along with job loss and divorce. And, while some folks don‘t have cable or WIFI, they usually have a phone. But that may go on and off, depending on where they are with their bill. I had a client named Michele a few years back. Her husband had just lost his job, along with their medical insurance. Her son had diabetes. His insulin alone cost over $2,000 per month. So yes, these folks are hitting hard times. It can happen to anyone.

“We know that basically, people want to pay these debts. They don’t like owing money. More people file bankruptcy in the wake of divorce or cancer or whatever, and it’s a call already included in risk-assessment. When it is the best choice, there’s no need to put off filing bankruptcy because there’s really no shame in it. It’s not like people are going to be put in debtor’s prison forever. It’s actually getting people back into society with a fresh start quicker.

“It’s true that filing bankruptcy will affect your credit score, but the score is based on other factors that, after filing, the score easily goes up. We subscribe to a service called Credit Experts, and we pull from them the current score, and it gives us the predicted score after one year, which is usually one year after filing, and we’ve found that if the client does all the things they need to do, the credit score is between 50-100 points higher than it was when they first filed. Bankruptcy does not ‘erase’ your credit report, but it takes all of the derogatories and negative things and replaces them with ‘Discharged in Bankruptcy on X day.’

“Typically, the way you get that score to skyrocket after bankruptcy is to get a secured [credit] card, maybe reaffirm on your vehicle and keep making the payments and your mortgage and things. It’s kind of like when you first started with no credit history.

“A lot of our clients file for bankruptcy [Chapter 7], and then turn around the next day and qualify to purchase a car. This is because they are often able to get a better car deal after they’ve turned in the old one and wiped out all of the debt because the car lender knows that [the individual] can’t file another Chapter 7 for another eight years and all their other debt is wiped out, and that car will never be discharged and that loan will never be discharged because they’re going to make you pay it off in five [years].

“When a client comes to the office, they are immediately put into our educational program called, ‘Seven Steps to 720 [credit score],’ which is a credit education course. In this, we are looking at any loans that are going to carry through the bankruptcy, and we give them our advice about whether or not to keep those loans. Then, they are set up on a budget to know how they are going to go forward. Most of the time, they’ve gotten familiar with living on a cash basis.

“Most people just want to know how much the payment is going to be per month. They’re not thinking about the interest they have to pay or if the car breaks down and things like that. Even if they’re being responsible, people just live up to their income. They’re not going over, and whatever debt they get, they can afford to pay. But if they lose a job, if COVID happens, if they get laid off, they have zero safety net.

“It’s very humbling when you do this job to see that it can happen to anybody. I put savings aside, but if lost my source of income for a year, I’m going to be in trouble, too.

“There’s a perception in society that the people who are in these situations brought it on themselves. I may tell someone what I do, and they say things like, ‘I hope I never have to come see you,’ and ‘How can they afford you if they’re so broke? They must be going on trips and using up their credit cards.’ But there are so many reasons not to be so judgmental. You see the pain in someone’s eyes and all the things that they have tried to avoid [bankruptcy], often putting it off way too long.

“A pro bono client, who was legally blind, was in my office filing for bankruptcy a few months back. She had three car repossessions. I asked her about that, and she said that her abusive ex-husband shot her point-blank in the head, which made her go blind. Then he signed for all of the cars in her name. Then they got repossessed. That’s an extreme case, but it goes to show you that you can’t judge a book by its cover.

“The hardest cases for me to take on are the elderly people that have a child or other family member/caregiver taking advantage of them. These people sometimes work two or three jobs just to make ends meet while the child or ‘caregiver’ is off spending all of the money.

“I do a lot of pro bono cases through the Dallas Volunteer Attorney Program (DVAP). I grew up in Abilene and went to Abilene Christian University, and I feel really blessed with what I do for a living. It feels like it’s my mission in life,” Allmand concluded.

If you or someone you know could benefit from Allmand’s advice and programs, call for a FREE consultation at (214) 884-4020 or visit AllmandLaw.com.

This entry was posted in COVID-19, Dallas News, Financial Resources. Bookmark the permalink.