AUSTIN (KXAN) — The Texas Rangers have a new recruit in six-year-old, Abigail Arias. On Monday, she became an honorary Texas Ranger and took a tour around the Texas State Capitol. Arias has a rare childhood kidney cancer that is terminal.

Several weeks ago, she became an honorary Freeport police officer which is the area Texas House Speaker Dennis Bonnen represents.

When Bonnen learned about her dream of being in law enforcement, he decided he wanted to do something extra special for the little girl. 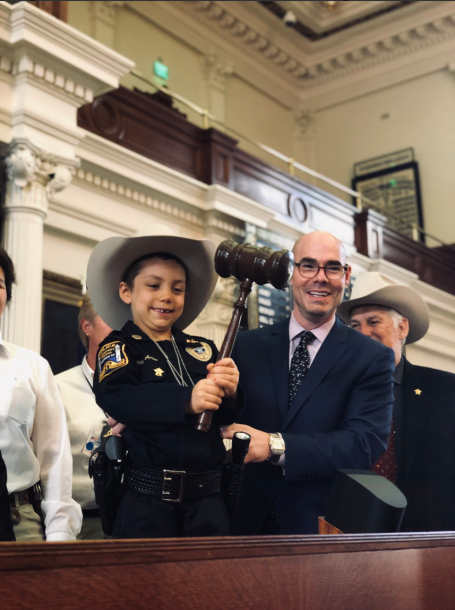 “Never in my 20+ years as a Rep have I experienced a day as rewarding as today. Cancer is no match for 6 year-old Abigail Arias. She was doing such an outstanding job fighting bad guys as a @FreeportPD officer that today she got a new title. Say hello to our newest Texas Ranger.“ – D. Bonnen on Twitter [@RepDennisBonnen]

This entry was posted in Inspiration, State News. Bookmark the permalink.