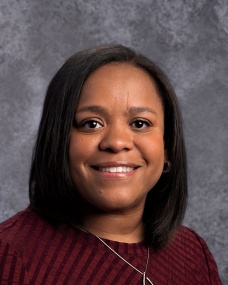 Coppell ISD announces that Lorie Squalls, current principal at Austin Elementary, is the new principal of Coppell Middle School North in the district.

“I am thrilled to have Mrs. Squalls lead CMS North.  She is an experienced school leader who focuses on authentic relationships and collective engagement, which will serve her well in this new role,” said CISD Superintendent Dr. Brad Hunt.

Squalls has served as the principal at Austin Elementary for the last three years.  She also has extensive experience as an administrator in her 21 years in education, having served as a principal, assistant principal, curriculum coordinator, digital learning coordinator, and as a general and special education teacher.

“I feel incredibly fortunate to be part of CMS North and will work diligently to support its educators, learners and families,” Squalls said. “I look forward to becoming part of the ‘village’ at North and working together at this outstanding school.”

She replaces former CMS North principal Dr. Greg Axelson, who was named the district’s Chief Operating Officer in May.

This entry was posted in Coppell. Bookmark the permalink.