Raise a glass and celebrate wine at Grapevine’s 35th Annual GrapeFest – A Texas Wine Experience , presented by Bank of the West, September 16, 17, 18 and 19. This year’s theme, Texas Wine: Come and Taste It! invites you to sip your way through delicious wines from Texas and from guest wineries from South Australia’s Barossa Valley and California’s Napa Valley. For up-to-the-minute schedule and event information, visit GrapeFest.com.

Champagne Terrace, sponsored by DFW Hilton Lakes features champagne and sparking wine under the shade of the oak trees and is the ideal setting to enjoy a glass of premium bubbly. Champagne Terrace is located in Weem’s Alley (between Palace Arts Center and City Hall).

Live Music will play non-stop on four stages during the festival.

Remembering Our Fallen Photographic Memorial by Patriotic Productionsis in Grapevine to commemorate the 20th Anniversary of 9/11 will be located at Main Street and College Street.

Celebrate Texas wine and participate in the People’s Choice Wine Tasting Classic at the 35th Annual GrapeFest, presented by Bank of the West on September 16 – 19. This year’s theme, Texas Wine: Come and Taste It! invites you to sip your way through delicious wines from Texas.

One of the signature and most popular GrapeFest events, The People’s Choice Wine Tasting Classic, is the largest consumer-judged wine competition in the United States and features more than 30 Texas wineries pouring more than 130 wines. The competition offers eleven 90-minute sessions throughout the weekend, with wines being judged in 10 categories. Winners are announced and awards are presented on Sunday, September 19 at 5 p.m. in the People’s Choice Pavilion at its new location in the Cotton Belt Railroad District (705 S. Main St.). Cheese offered at this event is donated by Southwest Dairy Farmers. This is a separate ticketed event. Tickets are $23 in advance. Starting at 11 a.m. on Thursday, September 16 tickets will be $25. Guests must be 21+ to enter.

New this year is a VIP two-hour tasting on Thursday, September 16 at 5 p.m. for $45 per ticket. This event includes light hors d’oeuvres and a souvenir wine glass.

As the fifth-largest wine producing state in the United States, the Lone Star State’s sunny, dry climate has is ideal for wine production. The first vineyard established in North America began deep in the heart of Texas. In 1662 Franciscan priests planted the first vines, followed by European settlers who planted grapevine cuttings and further developed the Texas wine industry through the 1800s. Today Texas is home to more than 4,000 acres of producing vineyard farmland across diverse wine-growing regions.

Texas has 310 wineries that range from small producers who concentrate on tourism for the majority of their sales to large wineries who have developed state, national and international markets. The Texas wine industry contributes more than $1.83 billion in economic impact.

Admission prices are $10 for adults, $5 for seniors (62+) and children (6-12). Admission is free for children 5 and under. Credit cards and cash will be accepted at booths and various locations throughout the festival. Paper coupons will be used throughout the festival for various purchases and activities. For more information, call the Grapevine Convention & Visitors
Bureau at 817-410-3185 or visit GrapeFest.com.

Airport Cities VFW Post #10454, [Veterans of Foreign Wars] located at 221 N. Main St. in Grapevine, has gone through a couple of facelifts and added some services.

They have added a Canteen with a full menu (curbside pickup available) and a store. Profits go to area VFWs and other veteran-related causes.

The Canteen offers an array of libations, sodas and snacks to enjoy in a friendly atmosphere. They have two pool tables, TVs, free Wi-Fi,  games and a jukebox. They have events all through the year and live music on Fridays & Saturdays.

The Canteen is open:

About Veterans of Foreign Wars (VFW):

The VFW Mission is,”Fraternal, patriotic, historical and educational, to preserve and strengthen comradeship among their members, to assist worthy comrades, to perpetuate the memory and history of their dead and to assist their widows and orphans, to maintain true allegiance to the Government of the United States of America and fidelity to its Constitution and laws, to foster true patriotism, to maintain and extend the institutions of American freedom and to preserve and defend the United States from all her enemies, whomsoever.”

So, come out and sample the Canteen’s menu and let me know what you think in the comments!

Italian restaurant InFretta in Irving held their first drive-thru food giveaway at that location on April 18 in their parking lot. The original location in Plano, which has been open for a year-and-a-half, has been doing the food giveaway every week for weeks.

InFretta partnered with Mama Pita Mediterranean Grill in Plano, Big Guy’s Chicken and Rice in Dallas, and Chameli in Richardson, each sending volunteers to set up, tear down and hand out food to the folks who drove through.

1 Solar Solution also partnered with InFretta, contributing funds for the food. Founder and CEO, Ali Samana, was at the event, handing food to people.

“1 Solar Solution is committed to supporting the local communities that we live and work in. We believe in sponsoring as many events and programs that we can, including local events like this one,” said Samana. 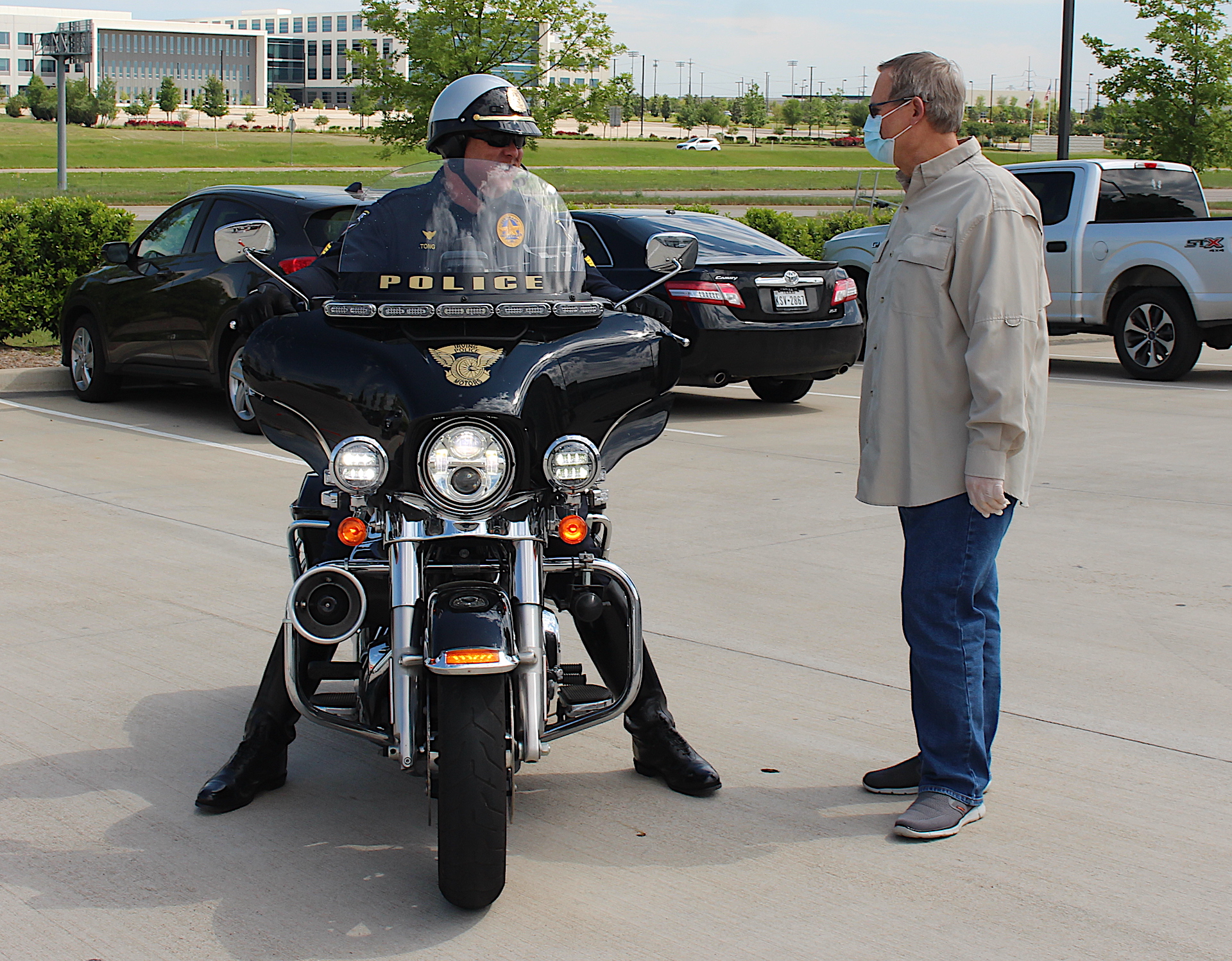 Even Irving Mayor Rick Stopfer came by to chat with everyone and there was an Irving police presence to make sure everything and everyone was safe.

The food giveaway included all kinds of fried rice and pasta, with dessert being ice cream that was donated by Ked’s Artesian Ice Cream and Treats out of Plano.

InFretta owner Ram Mehta said he was continuing the work of his mother, who passed away a few years ago. He grew up in India, and his mother believed heavily in charity and generosity. Following in his mom’s footsteps, InFretta regularly donates pizzas to Children’s Hospital.

There has been a sign on the front door since the business opened that says anyone who is homeless or hungry and cannot afford food can come in and get a free meal.

“We’ve been giving food to the people who need it since the day we opened this location about seven months ago. The Plano location has been open a year and a half, and we do the same there. It’s just that people are not aware of it,” Mehta said. “Those customers will be treated just like any paying customer. It’s also all over our social media: Free pizza or pasta. If you can’t afford it, no questions asked and no judgement.”

The event provided 4,000 meals to give away.

“We already have 1,800 meals spoken for. Some of our volunteers are delivering them to churches and others that requested food. If the number of meals goes over 4,000, nobody’s going to go hungry. We’ll make more. No problem,” said Mehta.

“I partnered up with Ram and his team because he was doing something to give back to the community, and we thought we’d support him and try to stand with him and see how we can make him stronger, as well as take care of the people in the community,” said Zaid Beyan, Co-Owner of Sara’s Market and Bakery in Richardson.

Representative of the Dallas Halal Buzz and the Dallas Buzz Facebook pages, Ali Siraj, said, “We promote mostly the Indian and Pakistani restaurants that open up in the area because they usually don’t get that much exposure. We are here volunteering for him, as we always do. We create and promote all the events with him and are pleased to be out here volunteering today.” 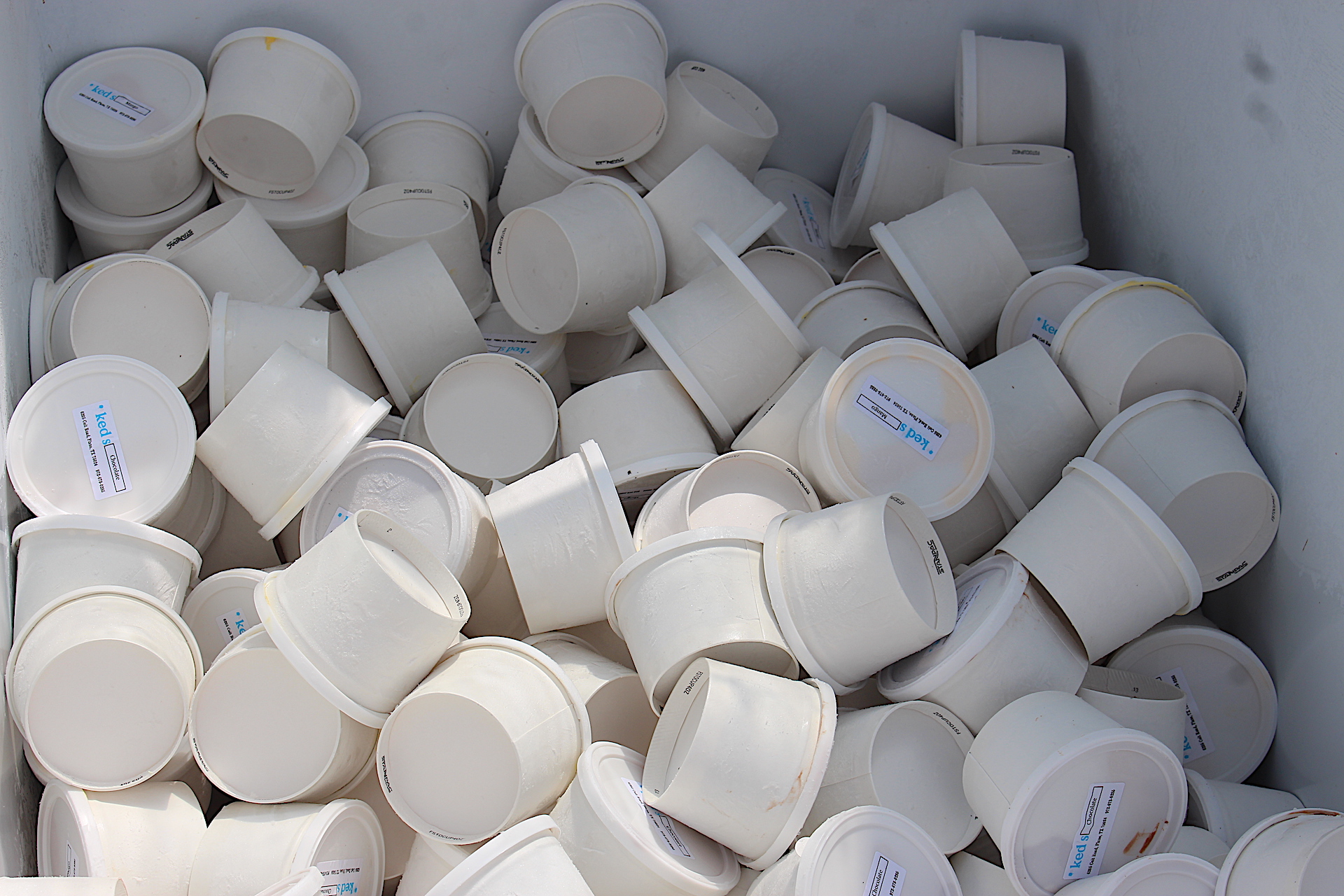 Ice cream was a favorite!

One customer, who preferred to remain anonymous, drove up with her three children to get meals. “This is helping us very much,” she said. “I have been laid off from work and we have been eating the same things every day. It will be nice to have a change, especially with good food like this.”

InFretta plans to have another event like this very soon. For more information, call the Plano store at (214) 618-5431 or visit https://www.in-fretta.com/index.html.

The 47-year-old Spaghetti Warehouse in Dallas’ West End — the original — is closing Oct. 20.

The restaurant, founded in 1972, has been in business through the highs and the lows in the West End over its nearly 50 years.

The restaurant, at 1815 N. Market St., is in a nook of the West End with easy access to Victory Park, Uptown Dallas and parts of downtown Dallas. 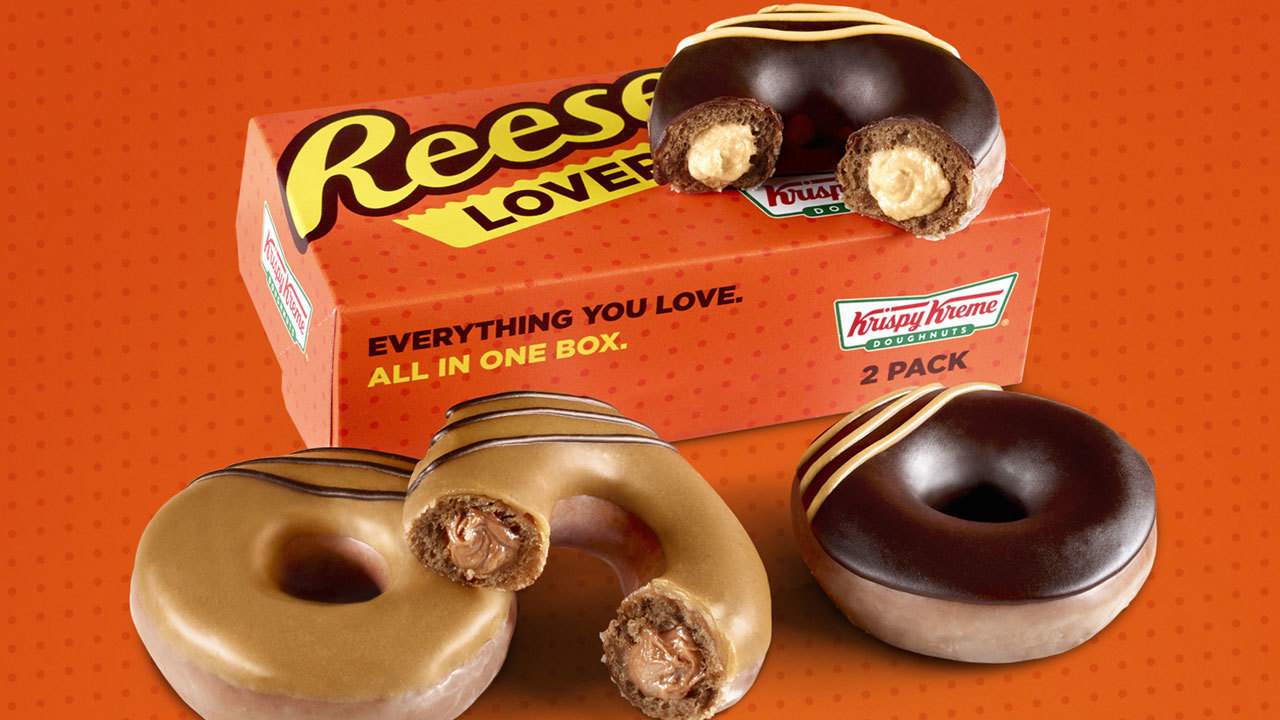 For a limited time, Krispy Kreme is offering two new doughnuts for chocolate lovers and peanut butter lovers alike. There is the Reese’s Original Filled Chocolate Lovers Doughnut, which is a chocolate-dipped chocolate doughnut filled with Reese’s Peanut Butter Kreme.

Posted in Food and Wine

Is Italian grocery and eatery Eataly cooking up a Dallas entry?

Eataly’s Las Vegas location is the most recent to open in the U.S. It’s located at the entrance of the Park MGM Hotel. (Steve Brown /Dallas Morning News )

Eataly, a hybrid grocery and restaurant concept created in Italy in 2007 and now in 37 locations around the world, appears to have taken a formal step into Texas.

Eataly Dallas LLC was created in Delaware last month, a move first reported by D Magazine. Eataly has only six stores in the U.S. in New York, Boston, Chicago, Los Angeles and most recently Las Vegas.

Read more from The Dallas News…

For many, yoga has been a way to reduce stress and promote relaxation. For others, having to breathe, inhale, smell lavender, and keep silent can be even more stress-inducing than calming. So, instead of having a regular ol’ “namaste” yoga class, there’s a brand new kind of yoga class on the market catered to those who need to scream it out.

Brussels Sprouts Pickles Might Make You Swear Off Dills FOREVER

We got ourselves in a little bit of a pickle with the last season of WTFood: You guys LOVED our video on Pickle Vodka (I can see why—it’s incredible) and Whiskey Pickles — so much so that we decided to dedicate a whole slew of episodes to the wildly popular world … of pickles. Look no further than Brooklyn, the epicenter of hipster picklers, for this week’s find: BRUSSELS SPROUTS PICKLES.

There’s no doubt Brussels sprouts are the veg darling of the moment. Whether we smash them, wrap them in bacon, or bake them with cheese you guys love them.

Posted in Food and Wine

Would you like a Matilda or BFG to go with your burger and fries? If you’re a young Kiwi, you just might get your wish. McDonald’s restaurants in New Zealand are ditching the Pokemon and Hello Kitty toys and filling their Happy Meal boxes with excerpts of Roald Dahl books instead, The Independent reports.