I don’t do a lot of movie reviews here at The Grapevine Source, but when I do, I drink Dos I tend to make fun of them where I can. My latest victim is the horror movie, You Should Have Left (referred to here as YSHL) starring Kevin Bacon (from which I am two degrees) and Amanda Seyfried, which came out in 2020. I don’t really spoil anything here, so if you’re curious, by all means, watch the movie.

My hubby and I had recently seen, Infinite, and after it was over, we both said, “Assassins Creed!” because many of the themes of the 2016 movie were also used in the 2021 flick. I suppose every movie takes elements from previous movies, are adaptations of books, or are sequels in a series these days.

YSHL was definitely a nod to The Shining (TS). The following elements were seen in both the 1980 horror film that scared the nation and YSHL:

As I watched, I took some notes to pass on to my readers as travel advice. The biggest thing for me was that if you don’t like the cold and a lack of modern conveniences, don’t stay in a tiny town in Wales in the winter. It’s bloody cold and boring! In the list below, experiencing one of these issues alone is no big deal, but if two or more happen, you should get your money back from AirB&B or wherever you found this “gem” of a house:

The bottom line is that, in my opinion, if you like mind-bending, psychological, and creepy horror movies, this is worth renting on Redbox, but don’t spend a lot of money on a rental. The movie is very creepy and has a few jump-scares and minimal blood/guts, but if you’re looking for a new concept, then this is not the flick for you. If you’re a fan of The Shining, this is right up your alley. 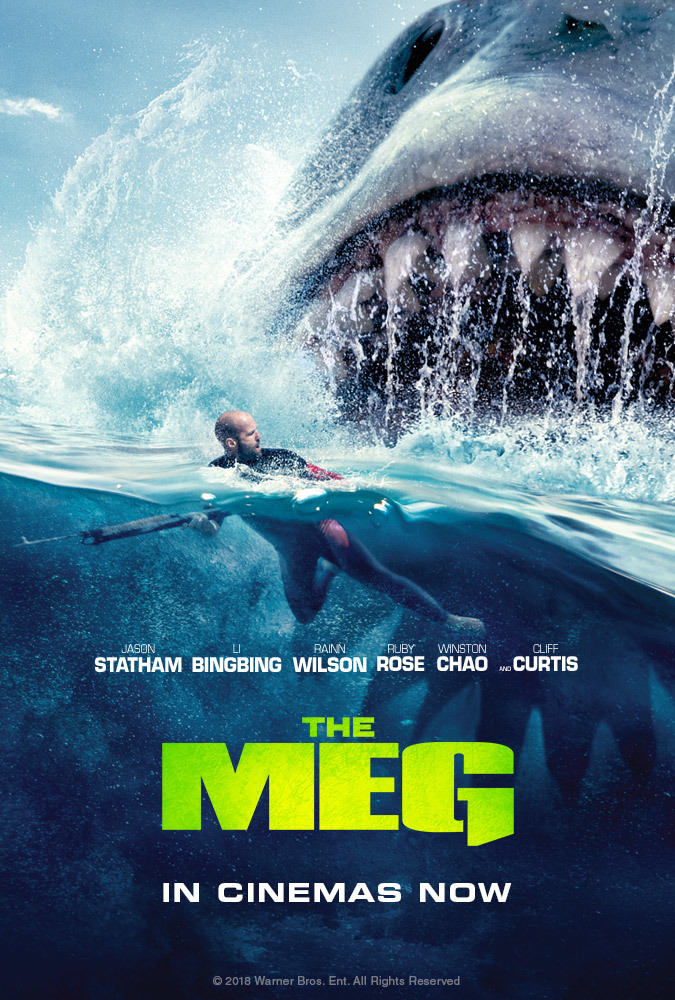 Jaws fans beware! The Meg was touted to be a bigger and badder Jaws, but I couldn’t help but miss the John Williams score from the original, though the elaborate use of CGI (which obviously wasn’t available in 1975) was a visual treat, sort of making up for my auditory disappointments.

There are some scenes that almost replicate Jaws to a tee, which shows a lack of originality, but The Meg uses not only higher tech cinematography, but also more modern ways to die in the ocean – like in a big human hamster ball or an underwater state-of-the-art laboratory.

I’ve always been attracted to movies set under water or that contain interesting under water scenes. I recently saw Deep Blue Sea (1999) and prefer it to The Meg only because it has a modicum of scientific interest. The Meg is just bada$$ CGI sharks. It’s like Jurassic Park set under water, with only a few, though impressive, species of dinosaurs.

Lead actor Jason Statham wasted his time in this movie. He’s a talented action actor, but The Meg could have used a trained monkey in the lead role and would have been as effective as Statham. That was disappointing to me, as I generally enjoy Statham’s performances.

Don’t get me wrong – if you are a fan of the genre, it is a fun ride. But don’t expect Jaws – or a real plot. But the bada$$ sharks are worth the rental fee as long as you’re not expecting anything poignant. 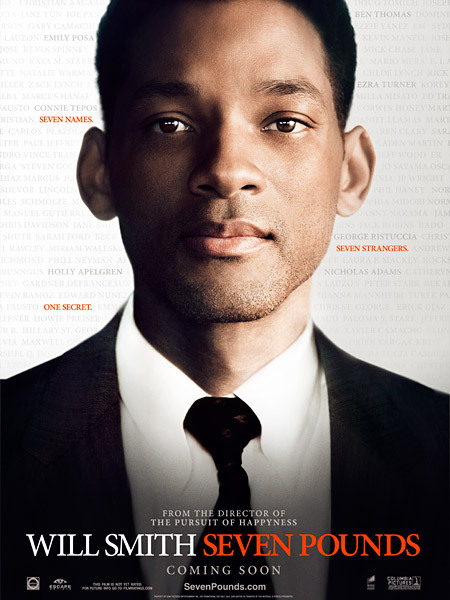 7 Pounds, starring Will Smith, is by no means a new movie, as it was released in 2008. Co-stars include Woody Harrelson, Rosario Dawson and Michael Ealy (known for his dark skin and blue eyes).

I think what drew me to re-watch this movie was my wavering thoughts and feelings about human “goodness.” I used to believe that people were innately good, but this last decade or so had me wondering if my belief still stood true in my own heart.

We hear and read about so many bad, tragic or senseless things these days. Even I, who has not voluntarily watched a news program in over 20 years, am not immune. These stories and events push through somehow: Maybe a friend says something or sends a text. Maybe there’s something on my Facebook timeline that I just “had” to click on. Maybe I overhear a conversation by the water cooler. The point is that it is almost impossible not to be privy to some news on a day-to-day basis.

When I say that I’m watching, “7 Pounds,” people tell me that it tore them up or they just couldn’t bring themselves to watch it. There are a few reasons why I think it’s worthy to watch or re-watch:

THE BOTTOM LINE: I can honestly give this film 4 out of 5 stars. I’m sure many readers will wonder how crazy I am to do that, but I believe that if you watch this movie in the spirit with which it was made, you’ll laugh, cry, scream and jump for joy. And isn’t that what movies are supposed to do for us? They strive to make us feel. And “7 Pounds” absolutely fits the bill. Just have some tissues handy!

For more information, visit IMDB or the movie’s website.

I was not expecting much when I rented Rampage on iTunes last night. This action/adventure/sci-fi movie, starring Dwayne “The Rock” Johnson, was loosely based on the vintage Rampage video games that were released in the mid-1980’s, and have had several incarnations since then.

I must admit that I love a good “ride” in a movie: That is, well-done CGI (computer-made) effects; stuff that could never happen in real life, but looks amazing on-screen; and some kind of plot (no matter how thin) that keeps me jumping in my seat are all I need to give a flick a try. Rampage was a pretty darn good ride…and the plot was as thin as see-through, deli-cut turkey, but I still recommend it for a fun evening.

The basic story: Davis Okoye (Johnson), a retired Special Forces soldier, is a Primatologist in San Diego, and takes special interest in George, the “last albino gorilla on Earth.” George and Davis share a special bond, and communicate with each other using a dialect of American Sign Language (ASL). The “bad guys” are the heads of a giant conglomerate that wants to find a way to use animals as weapons, and have developed a formula to cause the critters that ingest it to be really big, really bad and really mean. Unfortunately, George happens to come across the formula and becomes one big, bad monkey. A wolf and an alligator finish the trio and wreak havoc on Chicago.

At times, Rampage was sweet: The relationship between Davis and George was hilarious at a few points. I just had to wonder, in the middle of chuckling, why Davis would teach George how to say that (use your imagination and you’re probably correct) in mixed company. And I’ll admit that when George’s fate was in peril, I got a little teary-eyed.

I was grateful that the powers-that-be didn’t throw in a useless love story for Johnson, but as far as character development goes, Davis was one of the few that was provided any kind of backstory. Karma caught up with the brother and sister “bad guys” in the end, but there wasn’t much of a history provided about them except that they were bad, bad people…the kind of people that unleash giant killer rats, wolves, alligators and gorillas on Chicago.

All-in-all, if you like monster movies, like Godzilla or Kong: Skull Island, then you’ll probably be satisfied with Rampage. It’s a great ride…and I have NEVER seen an alligator do THAT! [I don’t want to spoil it for you!]

For Parents: The movie is rated PG-13 for violence and language, but there is very little blood or gore. There are a couple of cuss words and one f-bomb in the movie, along with several “implied” profanities.

Rampage is now available for rent or purchase on DVD, Blu-Ray and Digital (iTunes and other platforms) formats.