GRAPEVINE, Texas  –  Grapevine Police are searching for a Hispanic man targeting females primarily along Mustang Drive. Surveillance video of the most recent assault may help police identify the suspect. The video shows the suspect grabbing a victim and carrying her into a breezeway.

All of the victims were able to fight off the suspect, but in one case, a woman’s collarbone was broken in her struggle to escape.

Investigators are working at least five separate cases where a man exposed himself or physically grabbed women. The crimes happened from April 8, 2019 and July 9, 2019, primarily at complexes between the 2800 and 3000 blocks of Mustang Drive.

The man is described as Hispanic, in his early twenties, with short, curly black hair, a thin build, and between 5’3” and 5’8:”. Grapevine Police are working with a sketch artist and one victim to create a sketch of the suspect. The sketch will be made public once it is complete.

Grapevine Police praise each victim for getting away and reporting the crimes. Officers are actively patrolling the neighborhood and urge women to keep close watch of their surroundings, travel in pairs when possible, and call 911 immediately if they see anything suspicious. Anyone with information on the suspect should call Criminal Investigations during business hours at: 817.410.3200 or 817.410.8127 after hours. 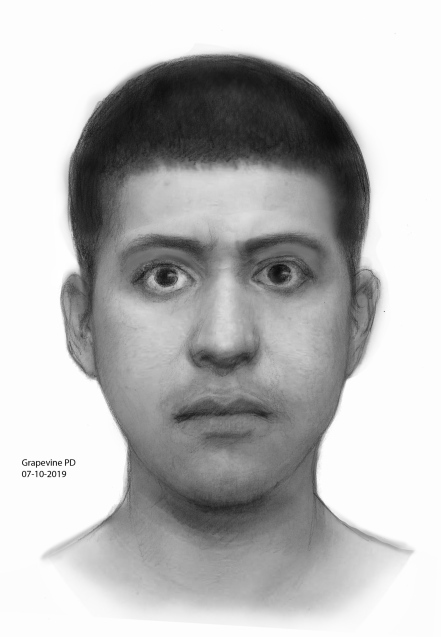