Editor’s Corner: So, I witnessed a robbery… 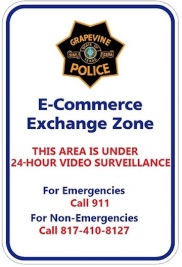 I was driving to the store this afternoon and passed two cars parked next to a curb, one behind the other. I thought nothing of it until the front car sped off, tires screeching, passing me up illegally in my lane. I looked in my rearview mirror and saw the driver of the other car, who was obviously agitated, hitting the car hood with his fist. The driver looked to be no more than 16 or 17 years old.

Concerned, I backed up until I was close to the young man’s vehicle. He started flagging me down, so I rolled down my window.”Did you see that?” he asked me.”Yeah…what the heck?” I said.”I was buying a Playstation 4 from this chick and she just totally ripped me off! I gave her the money and she drove off!” he said. “I feel like an idiot!”I found out his name was Zane.* He asked if he should call 9-1-1, which I encouraged him to do, and then tried to talk him down out of his anxiety. It turns out the girl got away with $180. “I feel so stupid!” Zane kept saying. “My dad is going to kill me!”

Pretty soon, three Grapevine Police Department units showed up, and one stayed to take Zane’s statement. Amazingly, Zane remembered the license plate number of the thief’s car. And unsurprisingly, this thief already had an established police record. This was definitely not her first time to rob someone.The officer and I ended up telling Zane basically the same things: the chances of getting his money back was slim, though if the girl was caught, she’d end up serving some time in jail; he’d done everything right as far as getting the license plate number and calling the police; and the next time he meets someone to exchange money for items, he needs to insist on meeting in a “Safe Exchange Zone.”

Zane, like many people, wasn’t aware of “Safe Exchange Zones.” These designated areas were first implemented in Texas in 2016 for the purpose of providing a safer alternative for the exchange of goods purchased over the internet. In Grapevine, there are zones at the QuikTrip gas station, located at 801 Ira E. Woods, and the Public Safety Building, located at 1027 Ira E. Woods.The Grapevine Police Department suggests the following for anyone conducting these kinds of transactions (Craigslist, eBay, etc.):

Zane finished giving the Officer his report and got a business card with his case number written on the back. I doubt that Zane will see his money again (I hope I’m wrong), but he did learn a valuable lesson, and I hope he passes it on to his young friends. I gave him a much-needed hug, assured him that he wasn’t an idiot and told him that he wasn’t the first person for this to happen to and he won’t be the last. I left knowing that he learned something, even though he lost a good bit of money. The bottom line is to be safe and smart out there!

*Zane is not the young man’s real name.

This entry was posted in GRAPEVINE POLICE DEPT, Safety Tips. Bookmark the permalink.